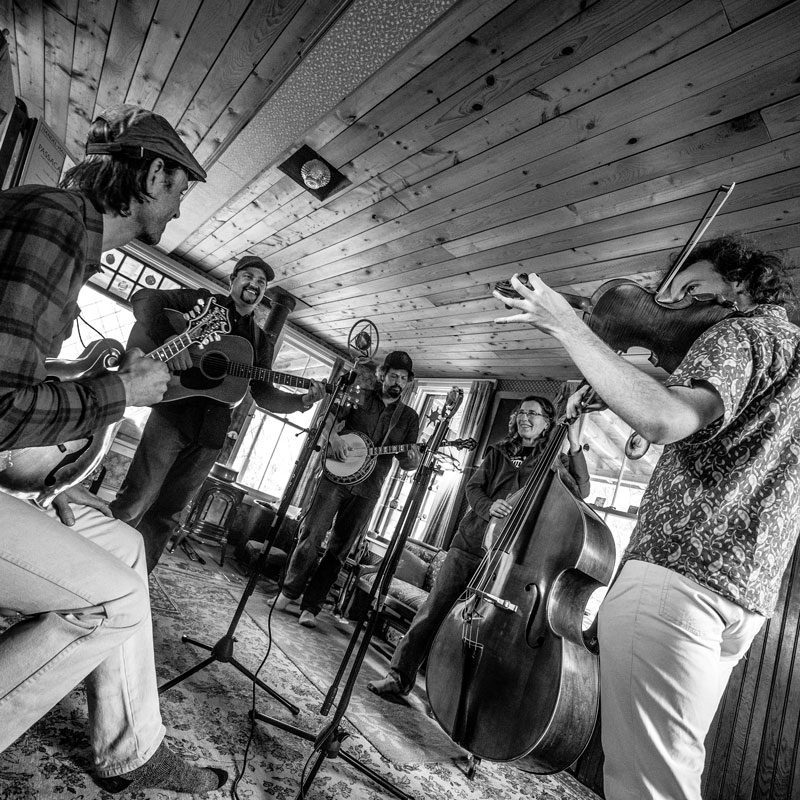 Beg, Steal or Borrow was formed in early 2013 with a mission to resurrect the music of the iconic bluegrass band Old and in the Way and have since grown into a solid repertoire of original material. Winning three prestigious bluegrass band competitions in Maine, Connecticut and New York, they have been dubbed a “Triple Crown Bluegrass Band” by Bluegrass Today. Beg, Steal or Borrow is heading out in the 2019 concert season debuting their first full length album of original tunes Old Mountain Time.

Seasoned musicians from Northern Vermont and New Hampshire comprise the band. Guitarist and singer Jeremy Sicely comes from a long line of musicians and fronts The Hillside Rounders with his father and uncle. They received The Times Argus 2016 male vocalist of the year for their Lighting In A Bottle album. Mandolinist Geoff Goodhue has released an album with J.D. Hutchison and Tim O’Brien on Howdy Skies records and is a member of The Brian Bowers Band. Fiddler Roland Clark was a member of the Boston Philharmonic Youth Orchestra with whom he toured Europe and performed at Carnegie Hall. Roland’s deepest musical influence is Vassar Clements. Banjo player Luke Auriemmo and Bassist Fran Forim are founders of Vermont’s widely known outlaw bluegrass quartet, The Mud City Ramblers, who have haunted Lamoille County for nearly 20 years.
​
“Beg, Steal or Borrow have managed to absorb their essential influences — Appalachian, folk and country sounds in particular — and refashion them in a way that’s so accessible and infectious that the music’s all but irresistible.” — Bluegrass Today