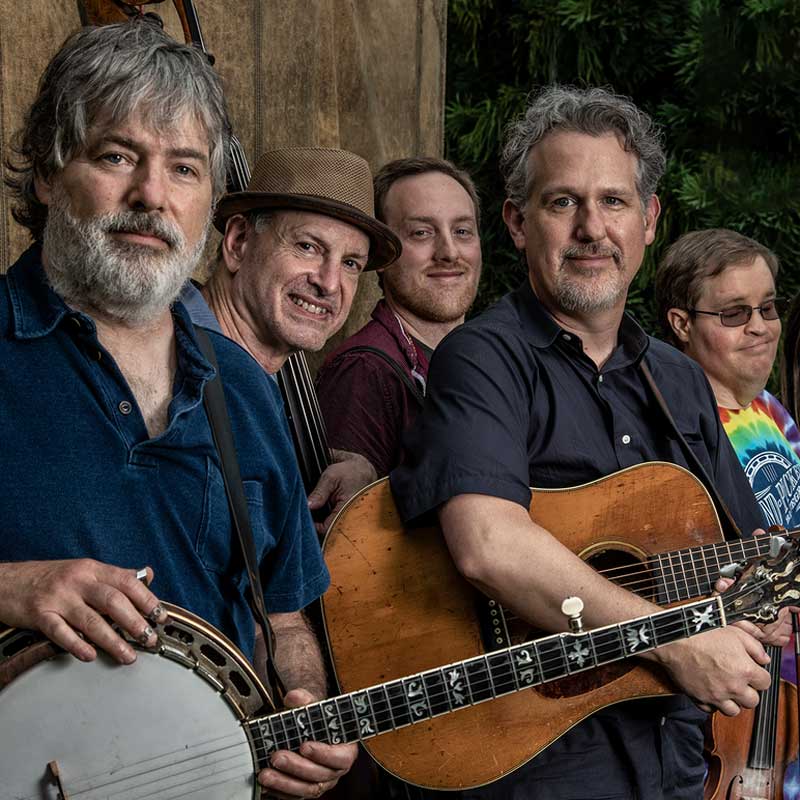 Over the last four decades, Béla Fleck has made a point of boldly going where no banjo player has gone before, a musical journey that has earned him 15 Grammys in nine different fields, including Country, Pop, Jazz, Instrumental, Classical and World Music. But his roots are in bluegrass, and that’s where he returns with his first bluegrass tour in 24 years, My Bluegrass Heart.

‘The recording, My Bluegrass Heart, is the third chapter of a trilogy which began with the 1988 album, Drive, and continued in 1991 with The Bluegrass Sessions. The project features a who’s who of some of the greatest instrumentalists in bluegrass music’s history alongside some of the best of the new generation of players: mandolinists Sam Bush, Sierra Hull, and Chris Thile; fiddlers Michael Cleveland and Stuart Duncan; celebrated multi-instrumentalist Justin Moses, bassists Edgar Meyer and Mark Schatz, and the amazing Bryan Sutton and Molly Tuttle on guitar.

My Bluegrass Heart will tour in another configuration at Grey Fox, with Béla Fleck on banjo, Bryan Sutton on guitar, Justin Moses on multiple instruments, Michael Cleveland on fiddle, Mark Schatz on bass, and Jacob Jolliff on mandolin. Add to that guest appearances by some of the finest artists performing at Grey Fox, and you have a beautiful all-star set, never to be repeated anywhere else. We bet you can venture a guess as to who might be joining My Bluegrass Heart for this unique Grey Fox set.

Meanwhile, here’s what Béla says about his core bandmates:

“I’ve been knocked out by fiddler Michael Cleveland for some time now. I just didn’t know if he’d be interested in playing with me, as I knew him as a hardcore bluegrass player. To my happy surprise, not only was he interested, but he brings a power and drive to my stuff, and an ensemble concept that for some reason I wasn’t expecting.

My pal Bryan Sutton, a stunner of a flat picker and one of the bright lights of the bluegrass guitar continuum has been my cohort in the Telluride House Band as well as an acoustic trio that I toured with some years back with Casey Driessen. But playing on this new album he impressed me over and again with his flexibility and raw ability.

Bassist Mark Schatz and I started playing together way back in 77’, in a Boston Bluegrass band unfortunately named Tasty Licks! We moved together to Lexington, KY in 79’ to start Spectrum. In 81’ I joined New Grass Revival, and he went on to play with Tony Rice, Tim O’Brien, and Nickel Creek among many others. I’m thrilled to be reunited with my old, right-hand man, Mark!

I was stumped for a while as to what to do about the double fiddle and dobro parts on the recording, until I realized there was one guy who could do both — and a whole lot more. Justin Moses is a great mandolinist, banjoist, and a great singer to boot. He’s gonna be our wild card. He will be grabbing the fiddle to double fiddle with Michael, switching to dobro, then jumping to banjo for a double banjo number, and mandolin for the double mando track from the album. So I’m amazed I could get all that in one very talented guy.

As you can imagine, I’m very excited to play with these guys. We’ve all been locked up for so long and we’re dying to get out there and play some music!” — Béla Fleck