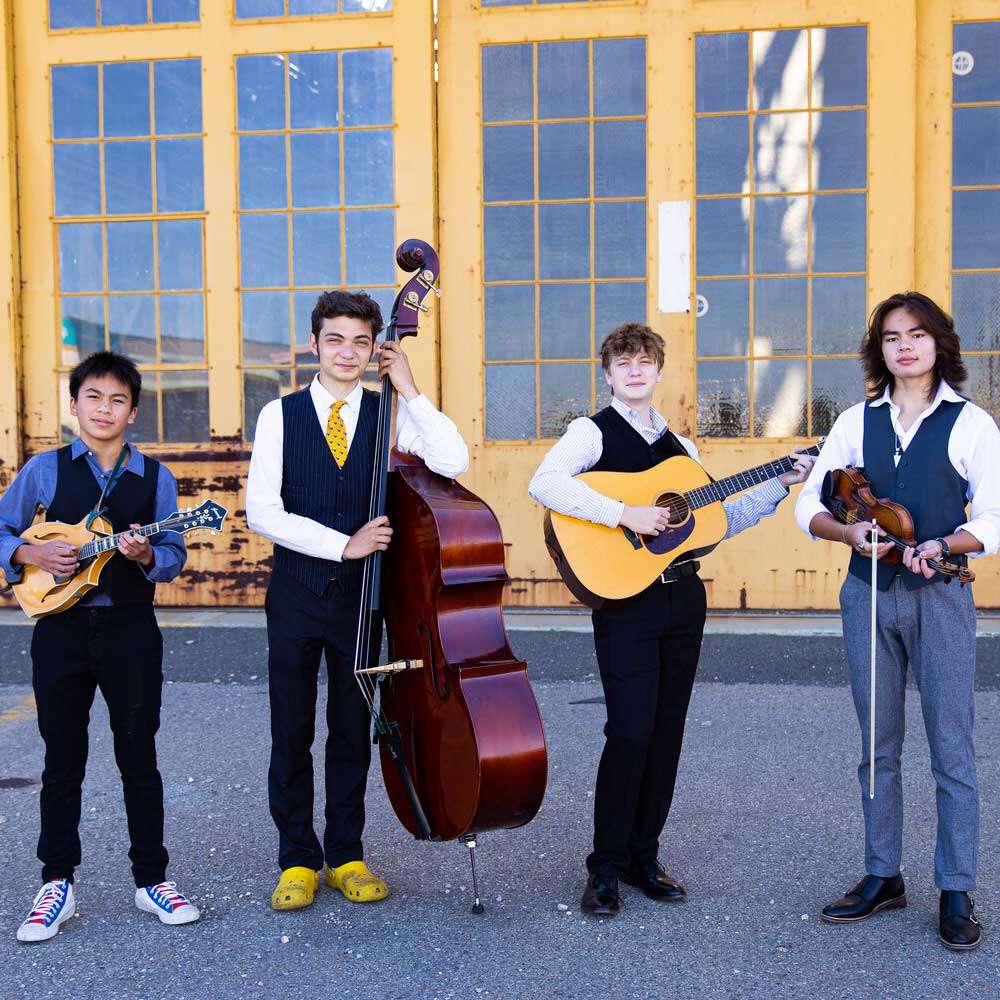 Whether playing straight-up bluegrass or virtuosic Dawg Grisman tunes, Crying Uncle Bluegrass Band (CUBG) delivers amazing instrumentals and vocal leads and harmonies that catapult the band into an elite sphere of artistry. Winners of the 2018 Pickin’ in the Pines Band Contest in Flagstaff AZ, and selected by the International Bluegrass Music Association to perform at IBMA’s World of Bluegrass in North Carolina, CUBG is making waves in the bluegrass community. Brothers Miles and Teo Quale, National and State Champion fiddlers and pickers, are joined by award-winning bassist Andrew Osborn and former CBA Youth Ambassador guitarist John Gooding.

Crying Uncle was founded in 2016 by Miles and Teo Quale , as a duo band with invited guest artists. They invited Andrew Armstrong Osborn and John Gooding to join Crying Uncle’s Bluegrass Band in 2017. The band released in 2018 their first CD, Crying Uncle, which can be found on cdbaby.com, iTunes and other media platforms.

CUBG has opened for prestigious bands such as The Del McCoury Band and David Grisman Bluegrass Experience. The band has played at venues such as IBMA’s World of Bluegrass Festival, CBA’s Father’s Day Bluegrass Festival and Strawberry Music Festival. In 2018, the band was featured on a TEDxTalk with Phoebe Hunt. In 2019, the band traveled all over Finland on a 10-day tour. CUBG is based in Northern California.