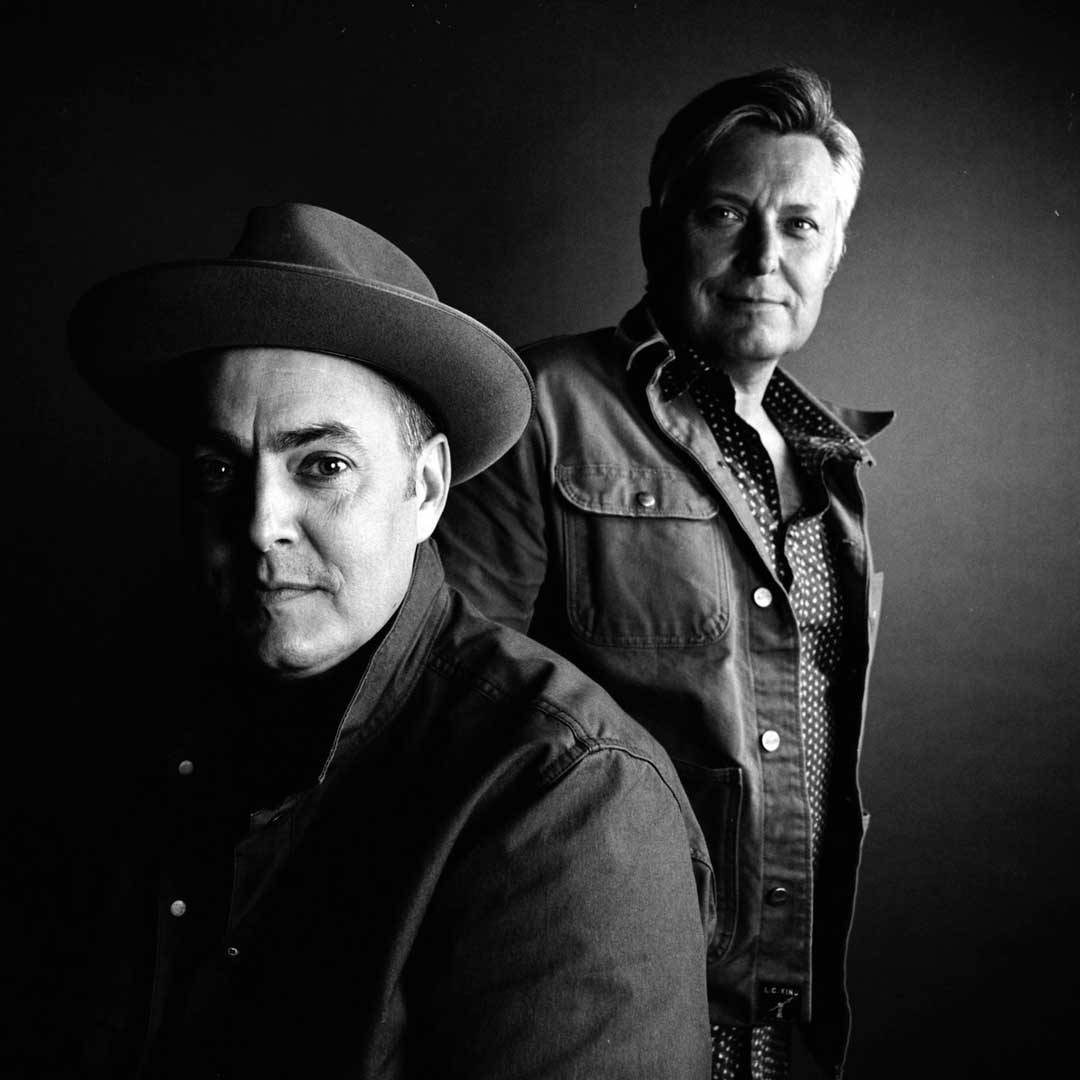 Since their very first appearance at Grey Fox, the Gibson Brothers have stolen the hearts of new listeners and rekindled the love of dyed in the wool fans with each performance. Long-time huge favorites of Grey Fox, we’re soooo happy to have them back in their latest incarnation.

Bluegrass royalty Leigh and Eric Gibson step into what some might at first see as uncharted territory on their country-soul breakout Mockingbird, the new album produced by Grammy Award winners Dan Auerbach and Fergie Ferguson. The celebrated bluegrass duo — named back-to-back Entertainers of the Year by the International Bluegrass Music Association in 2012 and 2013 — played the Nashville game two decades ago, while in their early 20s, and were offered a major label deal, only to be told at the last minute that they were too “retro” for modern country music. Today, such characterizations, along with their authenticity, set them apart and describes the marvelous Mockingbird.

A mix of country, soul and seventies rock, the album further cements the sibling duo as musical trailblazers. As players and vocalists, they are superb, harmonizing as only siblings can; as songwriters they stand without peer, having long been a band awarded for their songs and songwriting. The 11 tracks on Mockingbird, their 14th album, draw on much of the brothers’ experiences being raised on the family farm in Northern New York. As Northerners growing up in a Southern business, they had to work twice as hard as the bands from the South to achieve the success they had, and were the first from that far north to carve a path to IBMA Entertainers of the Year.

This is an album that exemplifies the sibling bond and is poised to introduce them to an entirely new audience.

“We’ll be able to reach more people than we have in the past,” says Eric. “I don’t want to downplay what we accomplished in bluegrass, but I didn’t know our voices would suit this variety of music so well.”

His brother agrees. “If you thought you knew the Gibson Brothers and had them figured out,” Leigh says, “well, maybe you didn’t.”