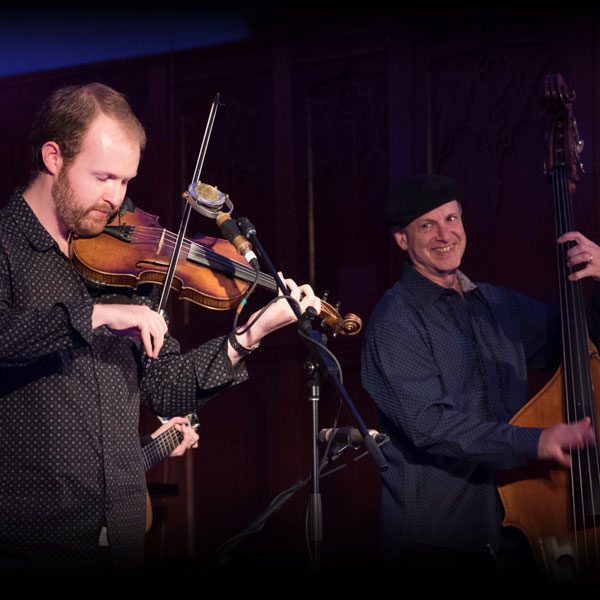 Mark Schatz and Bryan McDowell present a broad spectrum of American acoustic music. Both Schatz and McDowell are multi-instrumentalists who cruise seamlessly from old-time to bluegrass, from folk to swing, playing and singing tunes and songs, old and new, including their own original compositions.

Mark has toured and recorded with a who’s who of the acoustic music world including Bela Fleck, Nickel Creek, Tony Rice, and Tim O’Brien. Mark and Bryan worked together in The Claire Lynch Band from 2009 to 2014, and they’re excited to present a new and dynamic show which of course will include some of Mark’s colorful hambone and Appalachian clog dancing. Together they bring a depth and breadth of music to the stage, always punctuated by a ton of fun!