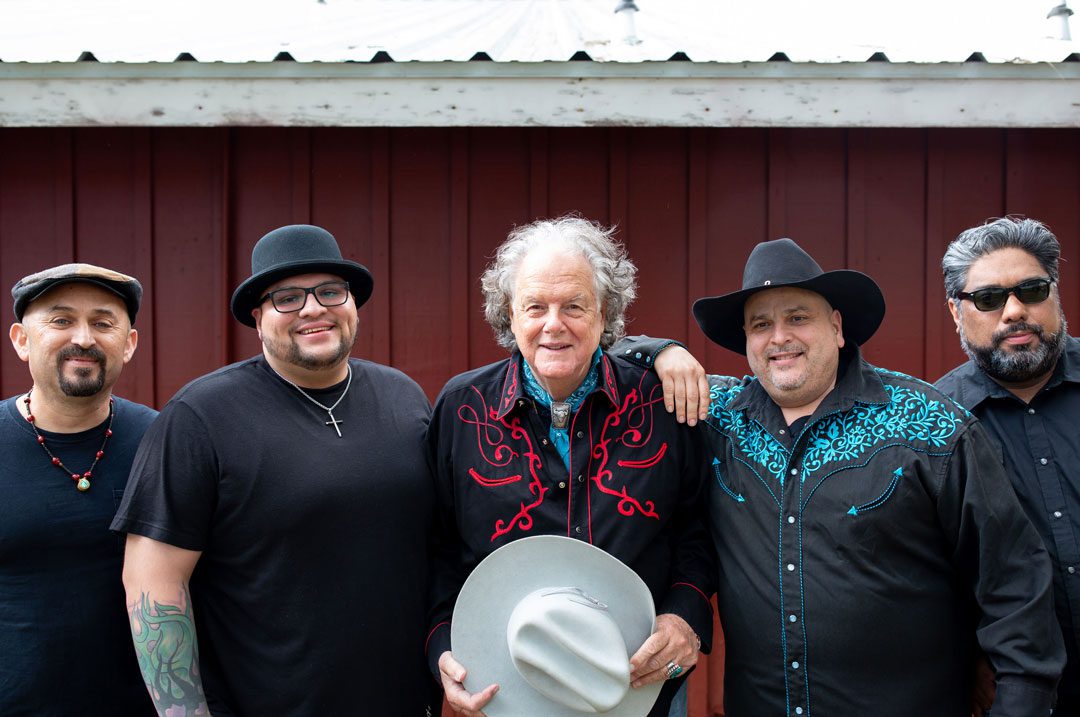 The Free Mexican Airforce is flying again and headed toward Grey Fox Bluegrass Festival this July! This is Peter Rowan plugged in, performing some of his most loved songs–Come Back to Old Santa Fe, Ride the Wild Mustang, Midnight Moonlight and, of course, Free Mexican Airforce! Of course, Peter has been busy composing new material for us to enjoy. He is joined in this version of the Free Mexican Airforce by Los Texmaniacs, a Grammy Award winning band comprised of Max Baca -Bajo sexto, Josh Baca-accordion, Noel Hernandez-bass, Danny Martinez-drums with Peter on guitar and vocals carrying on the musical tradition started in the late 70s when Peter and the great Flaco Jiminez joined forces to record for Flying Fish Records and tour the US and UK.

Peter and Flaco collaborated for over a decade and their friendship has endured. During the eighties Flaco discovered the teenager Bajo Sexto virtuoso Max Bacca who became his band leader and musical amigo. Max Bacca called Rowan in 2018 and suggested some Texas shows with his own Tex-Mex conjunction, Los Texmaniacs. Peter reunited with Flaco for the Texas shows! “It was like old times,” says Rowan. Los Texmaniacs are a modern progressive bunch of guys who grew up musically listening to what I played with Flaco. They know my songs and they include me as part of their tradition!”

While Peter Rowan, in his many iterations, has been a long time favorite of Grey Fox, his performances with Los Texmaniacs will be a first on our stages. Not to be missed, amigos!