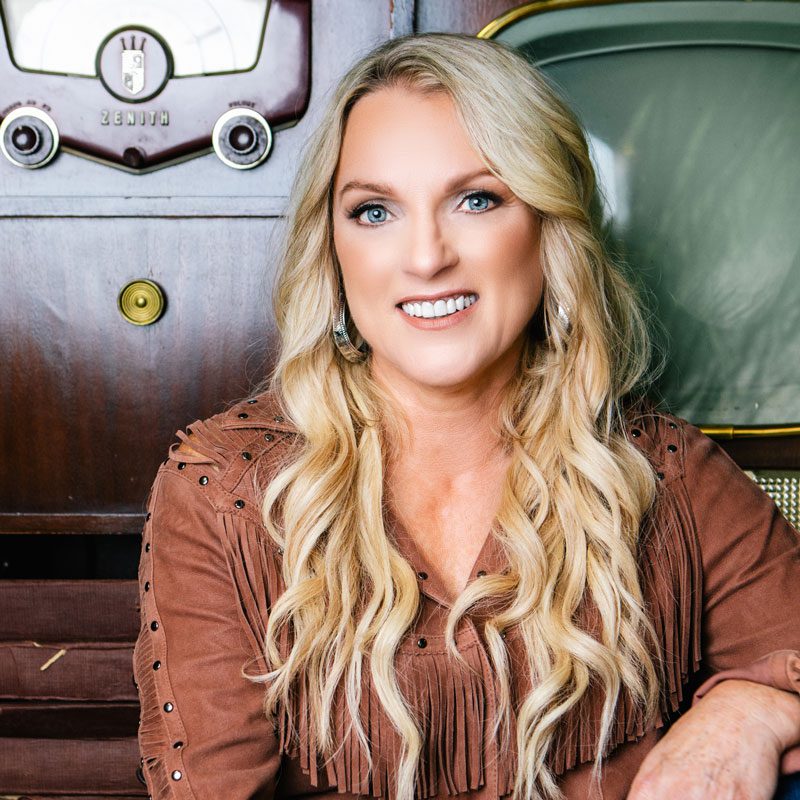 Rhonda Vincent is no stranger to most anyone in the field of music. Why even Elton John and Bernie Taupin enlisted Rhonda and her iconic friend Dolly Parton, to create a “Queen of Bluegrass” version of their song “Please” for their 50th Anniversary Tribute CD in 2018.

The Grammys honored Rhonda Vincent & The Rage with the 2017 Grammy for Best Bluegrass Album “All The Rage – Volume One” a live project that displays the World Class Talent of Rhonda and her incredible band. She’s one of the hardest working entertainers, in any genre of music, touring an incredible eleven months out of the year. It’s been far too long since the “Queen of Bluegrass” settled down in the studio to create new music, and finally the wait is over.

There wasn’t a song search, or a target recording date. Frankly, the entire process was a continuous chain reaction. The songs presented themselves in the most unlikely of places. The first single, “LIKE I COULD” was discovered while riding in a limousine with Grand Ole Opry Star, Jeannie Seely. Jeannie was sharing her fear of co-writing, and how she finally faced her fear, at the encouragement of fellow Opry member Bill Anderson by writing “LIKE I COULD” with Erin Enderlin and Bobby Tomberlin. She sang her new song as the shuttled rolled along. Rhonda instantly loved it and told Jeannie she wanted to record it. Jeannie, in total amazement, later texted Rhonda to ask if she really wanted to record it or was it merely an impulse reaction. Rhonda really loved it and could not wait to record it.

Even the recording was unplanned. Rhonda was at Ocean Way Studios in Nashville, TN recording a duet for Jeannie Seely’s upcoming project. It was a duet intended for Vince Gill, but when Vince started working on the duet, he felt the harmony was better suited for Rhonda, and called Jeannie to suggest she call Rhonda to sing it with her.

Jeannie’s producer Don Cusic scheduled a day for Rhonda to record at Ocean Way Studios, and as the duet was completed, Don’s afternoon session was canceled. Overhearing this, Rhonda asked if she could have the afternoon session. She quickly called musicians, called Jeannie for a demo and lyrics for her song, and two hours later the new single was recorded.

While this may seem unorthodox for some, Rhonda thrives on living for the moment, and making the most of each opportunity as it presents itself. This was never more evident as you discover the many elements, from the process of finding the songs for the new upcoming project, to the actual recording of the single “LIKE I COULD.”

Rhonda is constantly thinking of new adventures, songs, opportunities, and she loves the excitement and challenge of putting together a plan at the last minute. Anyone who has ever worked with Rhonda Vincent, knows they must be ready at a moment’s notice. There could be an impromptu recording session, a midnight drive to Canada to see Niagara Falls, a video shoot, or even a jam session aboard the Larry’s Country Diner/Country’s Family Reunion Cruise. Her motto is to always be ready for anything. It’s one of the secrets to her success, and a sure sign of the success of her new single “LIKE I COULD.“