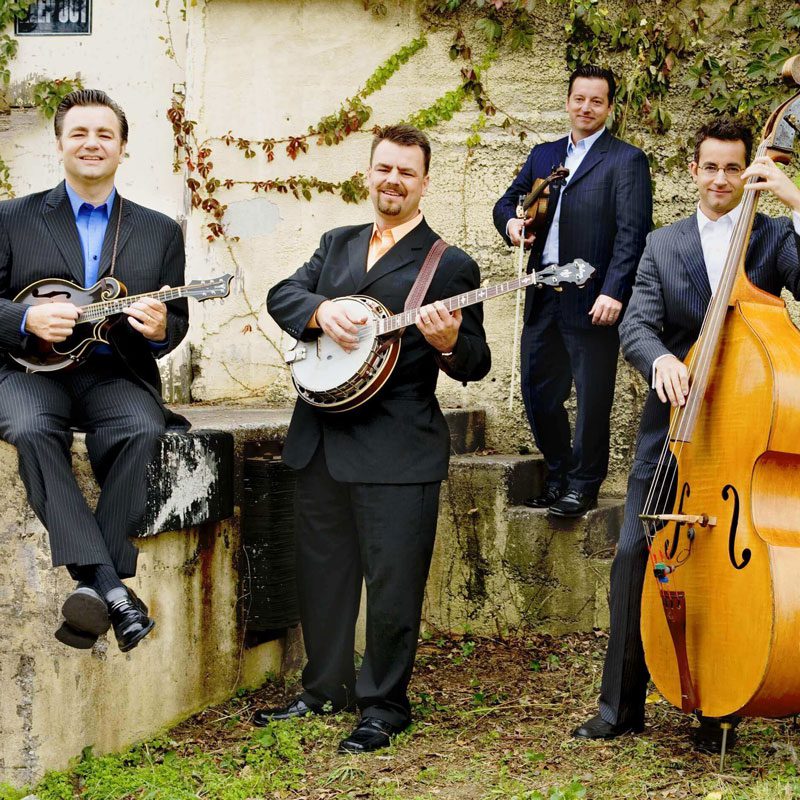 2019 Grammy winners for their self-titled album, The Travelin’ McCourys are 21st century musical pilgrims and adventurers. With supreme confidence at the helm, they are piloting bluegrass from the safety of the shore into uncharted waters. Collaborating with the likes of Vince Gill, The Allman Brothers, Phish, Warren Haynes, Steve Earle, Dierks Bentley, David Grisman and others, The Travelin’ McCourys have established themselves as a headline act at major venues around the globe.

Ronnie McCoury on mandolin, Rob McCoury on banjo, Jason Carter on fiddle, and Alan Bartram on bass with featured guests on guitar and vocals, make up the latest incarnation of the most awarded band in bluegrass history – The Del McCoury Band. With 3 GRAMMY wins and over 30 IBMA nominations with a slew of wins, no other band playing traditional or progressive acoustic music can boast such an impressive portfolio of credentials.

Joining The Travelin’ McCourys at Grey Fox this year will be long-time fellow traveler, Cody Kilby on sizzling guitar and soaring vocals.

As the sons of bluegrass legend Del McCoury, Ronnie and Rob continue their father’s work – a lifelong dedication to the power of bluegrass music to bring joy into people’s lives. Be sure not to miss them as they fill the Catskill Dance Stage Friday night!