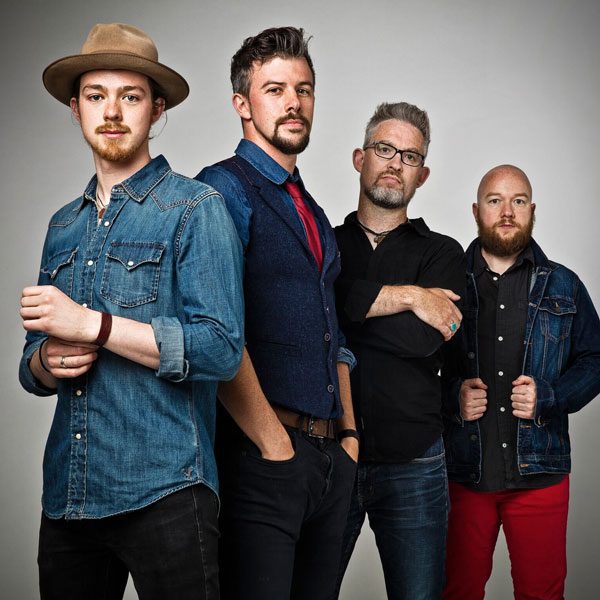 “It’s as if the Punch Brothers, Sam Bush, Jerry Douglas and the Chieftains all got together for a battle of the bands but decided to pool their resources instead. The future of World Music has arrived.” – Elmore Magazine “Their blend of Celtic and Bluegrass with dashes of folk-pop and country is perfectly suited for the Americana scene….” – AXS

20 Standout Americana Albums of 2018 – #18. We Banjo 3- Haven Bluegrass music has a pretty direct line back to Ireland’s musical roots. Some of the genre’s most beloved songs are derivations of Irish folk standards. While many current bluegrass artists pay occasional tribute to their Celtic roots, no one is as deeply invested in that middle ground between the two as We Banjo 3, who have dubbed their style Celtgrass. The two sets of brothers who make up We Banjo 3 (yes there are four of them. Math isn’t a required course for folk musicians) are expert instrumentalists and fearless experimenters. On Haven, they mature their lyrical output but truly shine on instrumentals like “Dawn Breaks” which bounces like a pinball back and forth between Celtic and pure bluegrass sounds until the two blur completely. One of the best live acts to come out of Ireland in recent years is the multi-awarded winning We Banjo 3. With a 7 time all Ireland banjo champ, a 4 time banjo champ, and another member who is an all Ireland champ on both fiddle and Bodhran, and boasting superb 4 part harmonies as well, they have not surprisingly taken the North American Celtic and Bluegrass worlds by storm. WB3 has headlined virtually every major US Celtic fest for several years in a row. In ’17 and ’18 they rapidly gained favor in the Bluegrass and Americana world as evidenced by their return invites to Merlefest, ROMP Fest, Sisters

Folk Fest, Old Settlers Fest, Four Corners Fest and others. With their latest release, “Haven” (July 2018) reaching not only the top 3 of the Billboard World Music chart, but incredibly achieving #1 album on the Bluegrass chart, ahead of the likes of Punch Brothers and Old Crow Medicine show, they are already seeing offers for some prestigious mainstream festivals in 2019. The crossover from niche to mainstream is well underway!