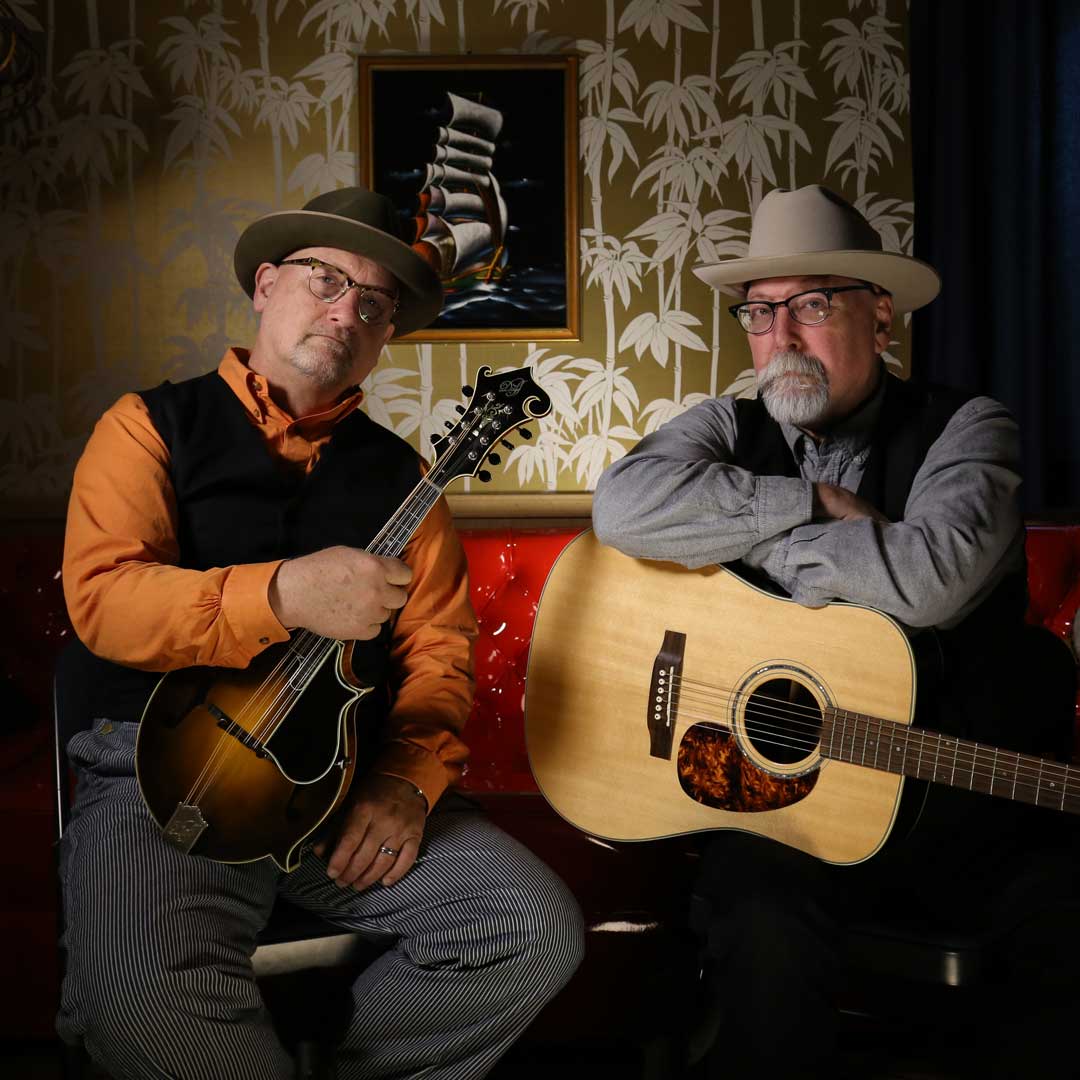 Mike Compton and Joe Newberry play traditional and new American music that honors the past and forges a path toward the new tradition of the future.  While two musicians do not a bluegrass band make, their music rings true to fans of bluegrass, early country, blues, gospel, and string band music. Together, Compton & Newberry are shining a much-deserved contemporary light on the roots, as they tend to the branches. too.

Compton & Newberry are masters of their craft whose combined pedigree speaks for itself. In addition to multiple IMBA and Grammy nominations and wins, their talents are featured on “A Prairie Home Companion,” the Transatlantic Sessions, the soundtracks to “Oh Brother, Where Art Thou?” and “Cold Mountain”, as well as numerous other popular collaborations with a diverse range of artists and styles. With a renewed look at American traditional music thanks to the recent Ken Burns series on Country Music, the duo can be counted on to showcase the sounds that laid the foundation for ragtime, country, folk, rural blues and Americana, as well as other sounds that dominate radio and music charts today.

A Compton & Newberry program features a familiar combination of tunes and songs from the great American songbag mixed with their own newly composed numbers which are already taking their rightful place in the new tradition. They are just the artists to bring fans together for a multi-generational celebration of music we all can love.