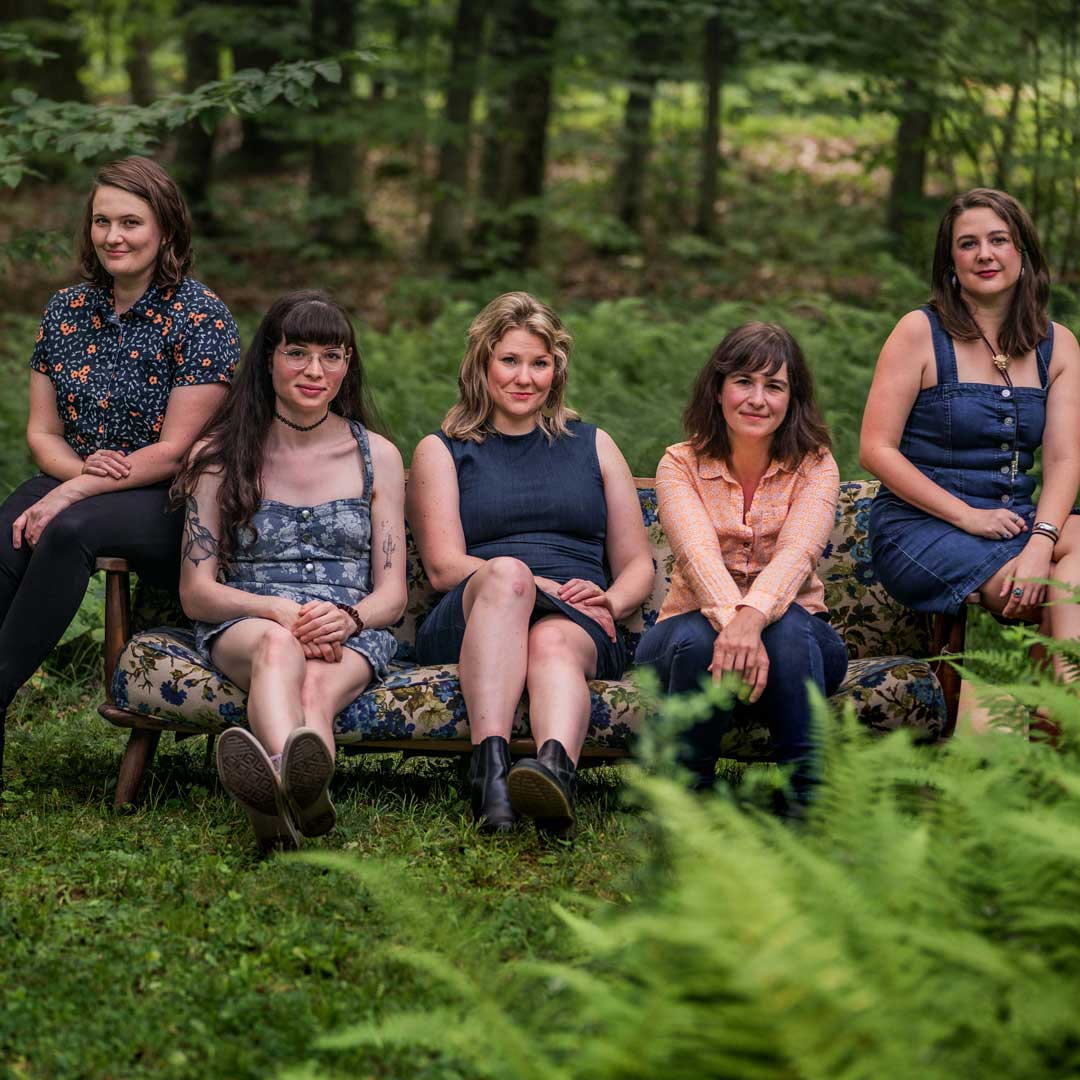 Hailing from across North America, and reared in diverse musical styles, Della Mae is one of the most charismatic and engaging roots bands touring today. They have traveled to over 30 countries spreading peace and understanding through music. Their mission as a band is to showcase top female musicians, and to improve opportunities for women and girls through advocacy, mentorship, programming, and performance.

Following up 2020’s Headlight, their new album Family Reunion features new members Maddie Witler and Vickie Vaughn and captures the joy of the band reuniting after more than a year of virtual collaboration, Zooms and group texts.

Della Mae is a huge favorite of Grey Fox fans year after year after year, since their first appearance when they had just formed. It’s a mutual love affair for sure!